Rich, Raw and Delicious. Sumra Honey is truly one of a kind. With a dark red brown to almost black, Sumra honey boasts a deep caramel flavor with a smoky touch. 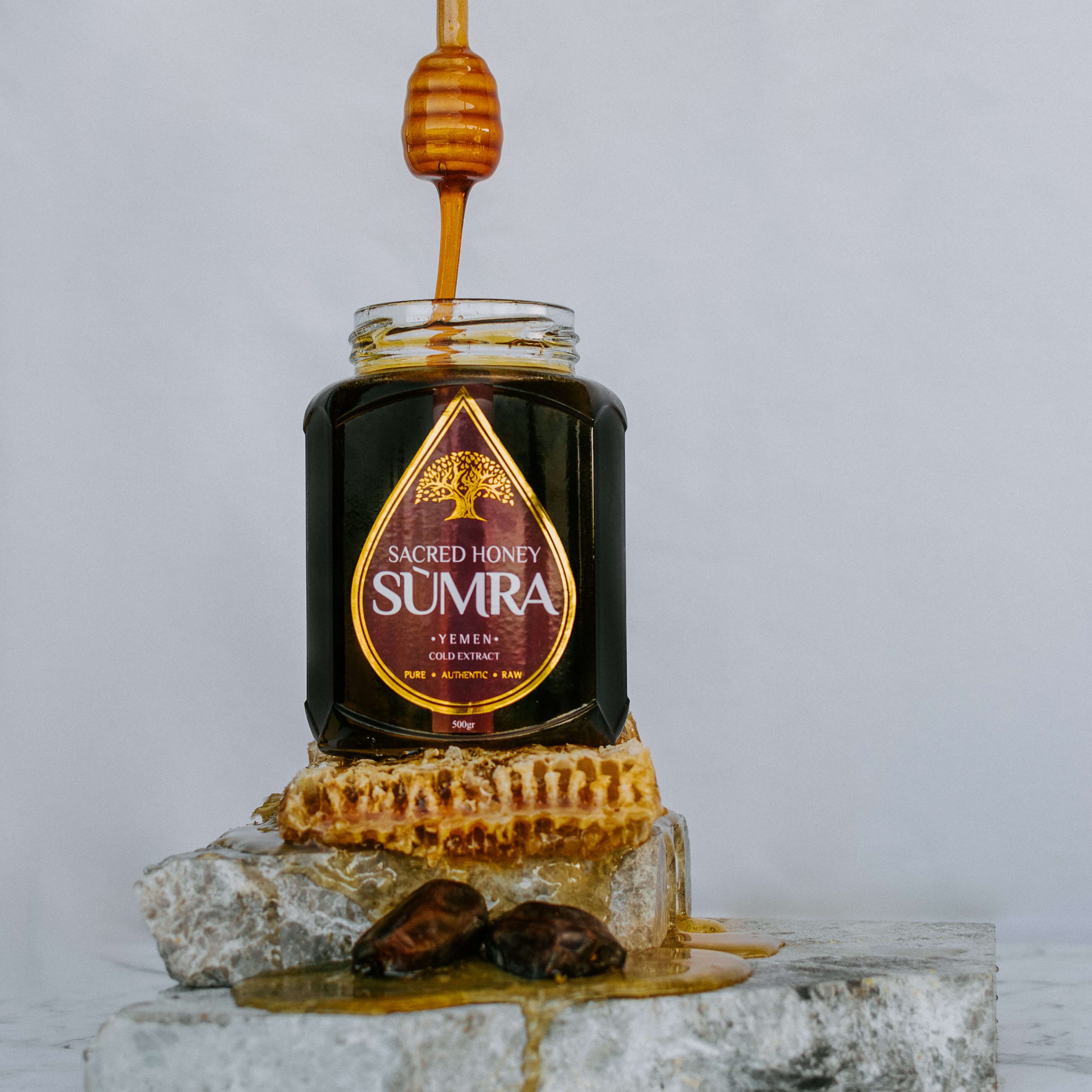 Reputation - Get Your Blood Flowing

Sumra honey is known to the Arabian market as nature’s own Viagra but without the negative side effects. This honey is a prized position for many! It’s widely known for its aphrodisiac effects, as such, it is exceptionally high in demand. It is traditionally gifted to brides and grooms.

Sumra honey is extracted from the acacia tree, known as “Al Talh” tree, and is considered a “royal honey,” as is Sidr honey. It is often taken by pregnant women for its nutrients (iron) and energizing effects. It is known to aid in digestion and remove toxins in the colon, thus strengthening the immune system. It is often used to treat colon related issues, such as irritable bowel syndrome. It is also a good option for diabetics as its acidity level is moderate and sucrose levels are very low.

Sumra honey is a dark, thick, rich honey that is recognized by its distinct flavour. The taste of it can be described as a smoky, nutty, spicy and sweet flavour. Its strong, pungent smell indicates a higher quality of Sumra.

Often consumed on an empty stomach for increased benefit. Mix a teaspoon of honey in a glass of warm water.

www.sacredhoney.com.au contains general medical information. None of the information on this website is intended to replace sound medical advice, nor is it recommended for people to stop their prescribed medication(s).